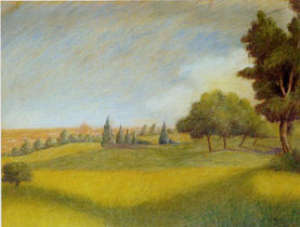 I am a philosopher of science, writer and science populariser. I work as an Adjunct Professor at Ecampus University (www.uniecampus.it/en) and at Unitreedu Milan. Primarily, I am interested in the history and philosophy of scientific thought and especially in “historical epistemology”, which is my area of specialisation. In particular, my research focuses on the idea that in the history of human thought we can recognise different ways of knowing.

I graduated from the University of Pisa with a degree in Theoretical Physics and I wrote my thesis on the conceptual foundations of Quantum Theory. I then completed a Master’s in the Communication of Science at the International School of Advanced Studies, Trieste, expanding my knowledge of other scientific disciplines as well as the history and philosophy of science. I earned my PhD in Philosophy of Science from the Open University (UK) with a thesis on the project of scientific styles of thinking put forward by the Canadian philosopher of science Ian Hacking, which I have presented in a more systematic way, corrected and developed into a theory.

As a scientific popularizer, I write regularly on Panorama, one of the leading Italian weekly magazines, and I have written several articles for Italian newspapers. I was awarded the Voltolino Prize for Scientific Writing and other writing awards. My popular science book for children Life of an atomo told by itself (Erickson) has been translated into Chinese, Korean and Turkish. As a writer, I have written short novels for different Italian publishing companies.

In the second part of 2016, I have travelled from Scotland (Skye Island) to Japan by land and sea through the steppes of Kazakhstan and Mongolia. I reached Japan after four months without taking any plane. I have written a book on my journey entitled Oltre e un cielo in più (Over and beyond yet another sky) which was published in Italian by Sperling & Kupfer in January 2018.

In this website I have selected some publications which are significative of my work and interests. I have divided them into four subsections: “Academic Articles”, “Novels and Essays”, “Press Articles” and “Photo-reportages”. The section “Glances” will contain pictures from my journeys around the world and it is still in progress.